About 6 months ago i started having fairly frequent random alarm triggers, very random.

I had read on the internet that sometimes the under bonnet sensor/switch goes and being a cheap part was the most likely culprit. I went to the local BMW dealer and got a new switch (£12) fitted it and few days went by with no alarm.. finally fixed.. (or so i thought) 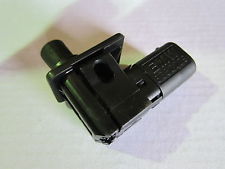 About a week later it started happening again! quite embarrassing for me now both my neighbours and my work were getting annoyed at the loud beep beep beep coming from my car. I frantically tried to research all the common problems and even rang up BMW for help neither came up with much.

I approached this from a technical point of view and quickly realised (after giving the car a good shake from outside) it was the internal alarm causing the problem. Now the internal alarm is microwave technology so my suspicions fell to this.

To turn off the internal movement sensor you can:

Few weeks went by (with no alarm going off) and my problem was “sorted” i got fairly busy at work so i sort of ignored this for a bit.

But one lazy Saturday i decided to try and fix the actual problem i got into the car, put roof down (shades on) and went to the local shop got a paper and drove back, i parked up at my house and locked the car (almost instantly the alarm triggered as i walked away to get a drink) hmm that’s odd.. the one time i didn’t double lock recently it triggers straight away.

I pondered this stood next to my car for a bit (think my neighbours thought i was mental) it suddenly occurred to me what i did was chuck the change from the paper into the centre cup holder slot.. surely this couldn’t trigger it?

I removed the change from car.. locked it and all was well.. suddenly everything for me clicked into place (the microwave sensor, the change and the fact i had replaced the centre storage with the cup holder 6 months ago!)

For next few weeks and even months.. i made sure i didn’t put any change or anything shiny in the centre cup holder and im happy to say my alarm hasn’t gone off since! (touch wood)